If the name Midnight Assassin reminds you of Assassin Moon by Triple Edge Gaming from last year, then that is no coincidence! Midnight Assassin is a Casino Rewards exclusive version of the original Assassin Moon slot, which continues to be one of the most popular slot games available right now. Targets are going to die under the midnight moonlight, and players are about to cash in big on their hits with HyperHold and WinBooster features by their sides once again in 2021.

A lot of the features you will find in Midnight Assassin will mirror those on the original game, Assassin Moon. Midnight Assassin has five reels and three rows, with 25 fixed paylines. The theme is all about an assassin known as Luna and is based on the city of Monte Carlo. Midnight Assassin is an interesting game, with its intrigue, the use of a female main character, and its great designs being some of the main draws.

Midnight Assassin has an RTP of 96.08%, it has a volatility rating of high, and there is a minimum bet of $0.10 and a maximum of $20. This means that players get a good solid range in terms of just how much they want to bet – which makes newbies and seasoned vets happy.

While the high volatility rating may initially turn some players off, this can actually make the game more exciting, which draws you in even more. As for the paylines, there are 25 in total and you’ve got the chance to win up to 253,000x your bet. 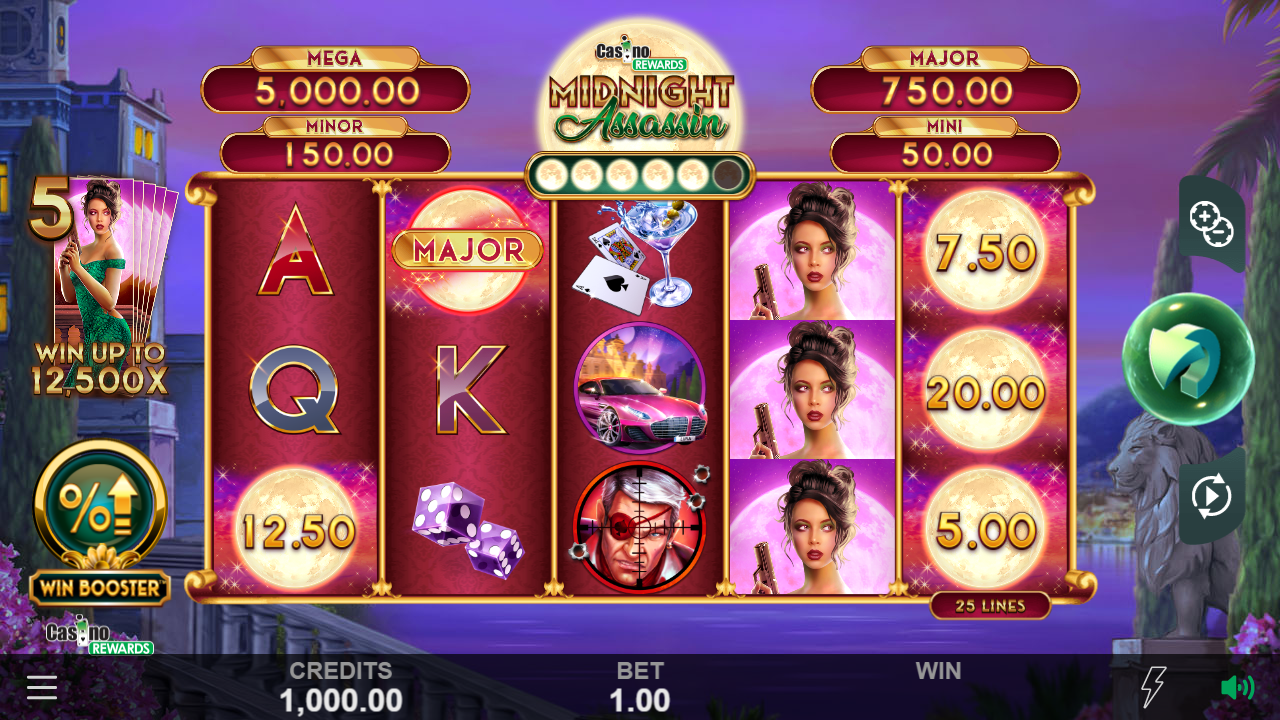 There are several bonus features in this game that players will want to look out for. Some of these features include: